In This Room, Poems by Terry Lucas 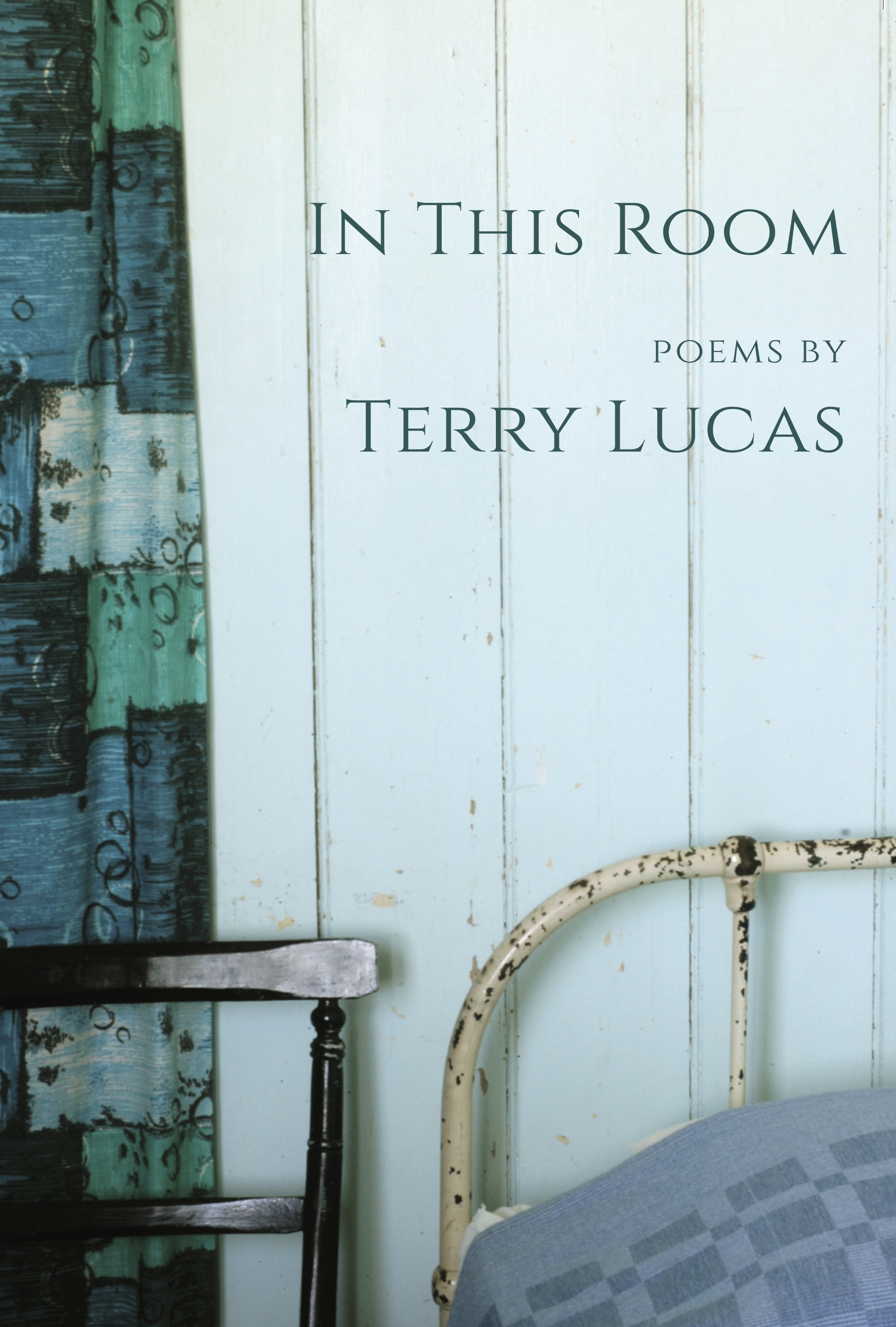 In addition to their heightened language, the poems that inhabit In This Room possess a metaphorical sensibility to the particularities of this world that navigates between images both dark and light: "Cancer / and the covered CorningWare dishes cooling on pot holders" waiting to be served up after a prayer meeting held in a church basement, the good feeling of "break[ing] a rack of pool balls, / stand[ing] with your legs apart, stroking the cue between fingers and thumb, aiming at the tight / diamond . . ." contrasted with "the breaking sounds around the room / like the splintering of bones, the firing of Berettas / and Glocks, the jukebox wailing like mothers and fathers," a Voyager spacecraft "coursing / through interstellar space, eleven billion miles / from Earth . . . traveling through the dark [with its] gold-plated record"--these are some of the images that populate Terry Lucas's first full-length collection.

"Steadily remembered and imagined, rich with detail, by turns languorous and startling, Terry Lucas's poems give us a look into his American life, and ours--the living and loving, the rue, some violence, and dying. In This Room is very fine."--Carol Frost

"There's a dark and pungent biography half-hidden in these lines. There's a boy who came to spend half a lifetime in fumbling foreplay with God, a clothing store clerk on Black Friday ushering you into the maw of America, a guy who's had sex with some stranger, and a man smitten with the geography of California , at the end of the continent...On my right,/the million dollar homes that overlook the bay, /my left, the billions-year-old-ocean rising. At the center of In This Room is a breath-taking sequence of poems, 'The Gate,' honoring the Golden Gate Bridge. At its rounding curve is a hilarious account of neighbors having a fight. I imagine the ghosts of Hart Crane and Larry Levis welcoming Terry Lucas to their fraternity. With admiration and delight I welcome this American life, this American voice."--Alicia Ostriker

"And who is to say, asks Terry Lucas, which is more holy? Heaven's music or Hell's static/electricity? In poems sacramental in their vision and exact in their eyesight, Lucas attempts to learn to love the questions, knowing enough/ears pressed to the dirt might find an answer. It's that beautifully rendered inclusiveness that draws us into these poems. A former retail clothing clerk whose coaxing/regiment from the remains of the worried/lambskin, cashmere, worsted wool allows him now the discipline to craft finely wrought lines, Lucas moves easily between the seemingly mundane and the transcendental, one world bleeding into the other, toward addressing A common problem: what to do//Now that the world has lost its gods/And goddesses. One answer to that problem is to write--and, for us, to read--poems as memorable as these."--Michael Waters

Terry Lucas is a prize-winning poet, and a full-time editor and writing consultant. His work has been published in numerous national literary journals, including Best New Poets 2012, Great River Review, Green Mountains, Review, Columbia Poetry Review, and MiPOesias. His poems have received five Pushcart Prize nominations, and he was the winner of the 2014 Crab Orchard Review Special Issue Feature Award in Poetry. His most recent chapbook, If They Have Ears to Hear, won the 2012 Copperdome Award from Southeast Missouri State University Press. Terry is a 2008 Poetry MFA graduate of New England College, and Co-Executive Editor of Trio House Press. In This Room is his first full-length poetry collection. More about Terry and his work is available at www.terrylucas.com.