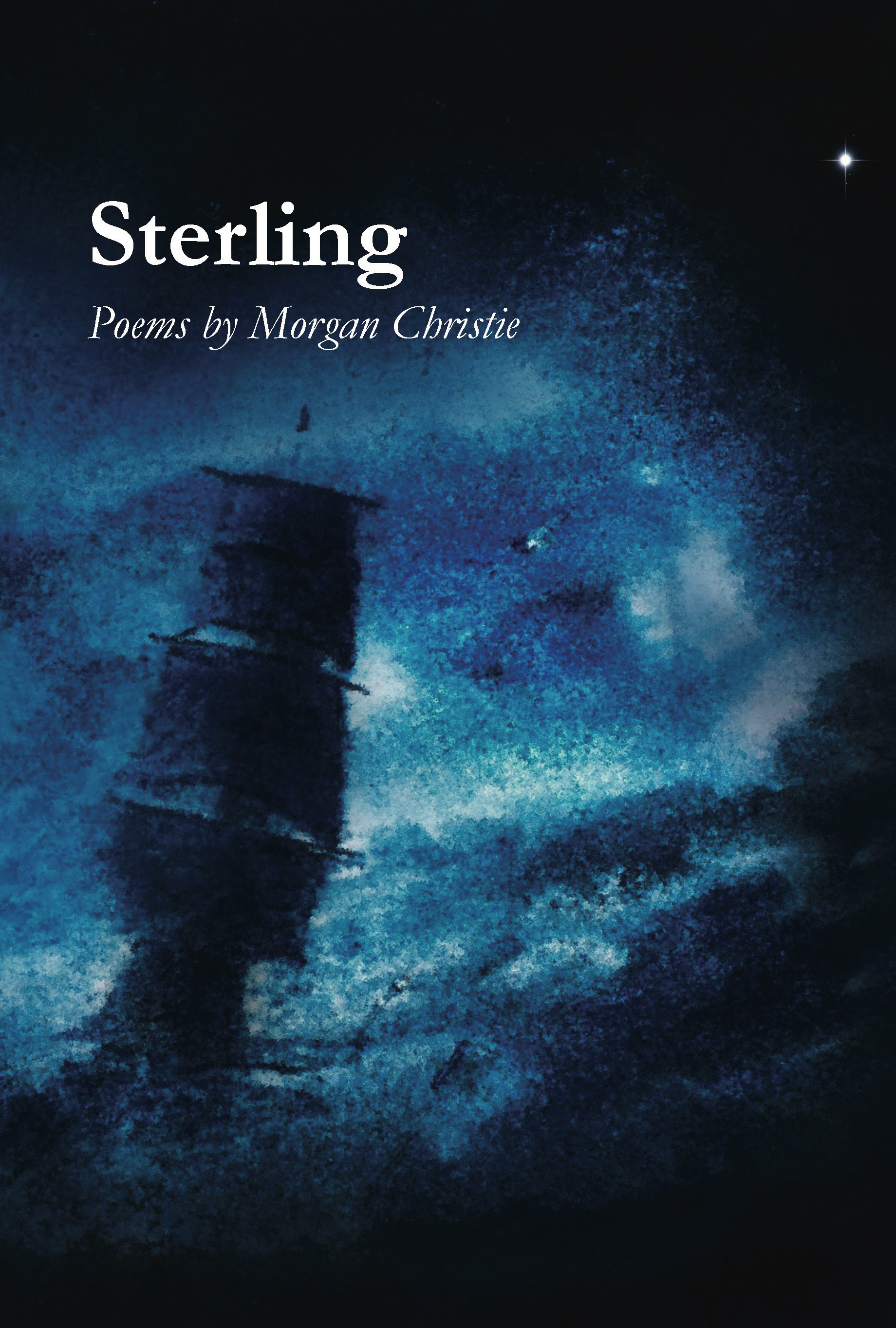 "Imagine," Morgan Christie writes, using the word as a mantra and an invocation, a call to what is beautiful in a hard world.

"Teeming with the invocation of both ancestral and contemporary voices offering to 'accent the interior', in Sterling Christie effortlessly orchestrates themes of destitution and desire, improbable survival and hope for the future, all for one secret and unifying intention. Here is the rare, rhythmic, subtly-stated, insistent, subcutaneous work of poems with a strength that is both intellectually and implicitly beautiful, already inside the system of our bodies, looking through our eyes and questioning with a heart-stopping familiarity." -Harry Man

"You will find yourself reading Morgan Christie's rhythms out loud because her words will not be contained by the page. Their painful beauty calls to attention that 'not all places are made for all people'. These are textured poems that reveal black people who make their place amidst daily hostilities, each voice weaving its way to us through Christie's hypnotic imagery, by turns magical, at once urbane. Her evocative song provides a stark counterpoint to the realities of the stories that must no longer be ignored." -JC Niala

"Morgan Christie's Sterling is a book of naming; what does it mean to be given a name, to be given many names? Does a person work to live up to their name(s)? To cast off their name(s)? To douse the spark that led to their naming? Sterling calls to mind both the British currency and DuBois's notion of the talented tenth; each naming places a value upon the body, thus de-valuing the whole self. The character, once pup, perhaps summarizes this collection of semi-folktales best, when he transforms from the animal of no kills to the animal in which killing is second nature. When one considers their name(s), does one, like once pup, 'long/for the moment when [one] become[s] changed'?" -Metta Sáma