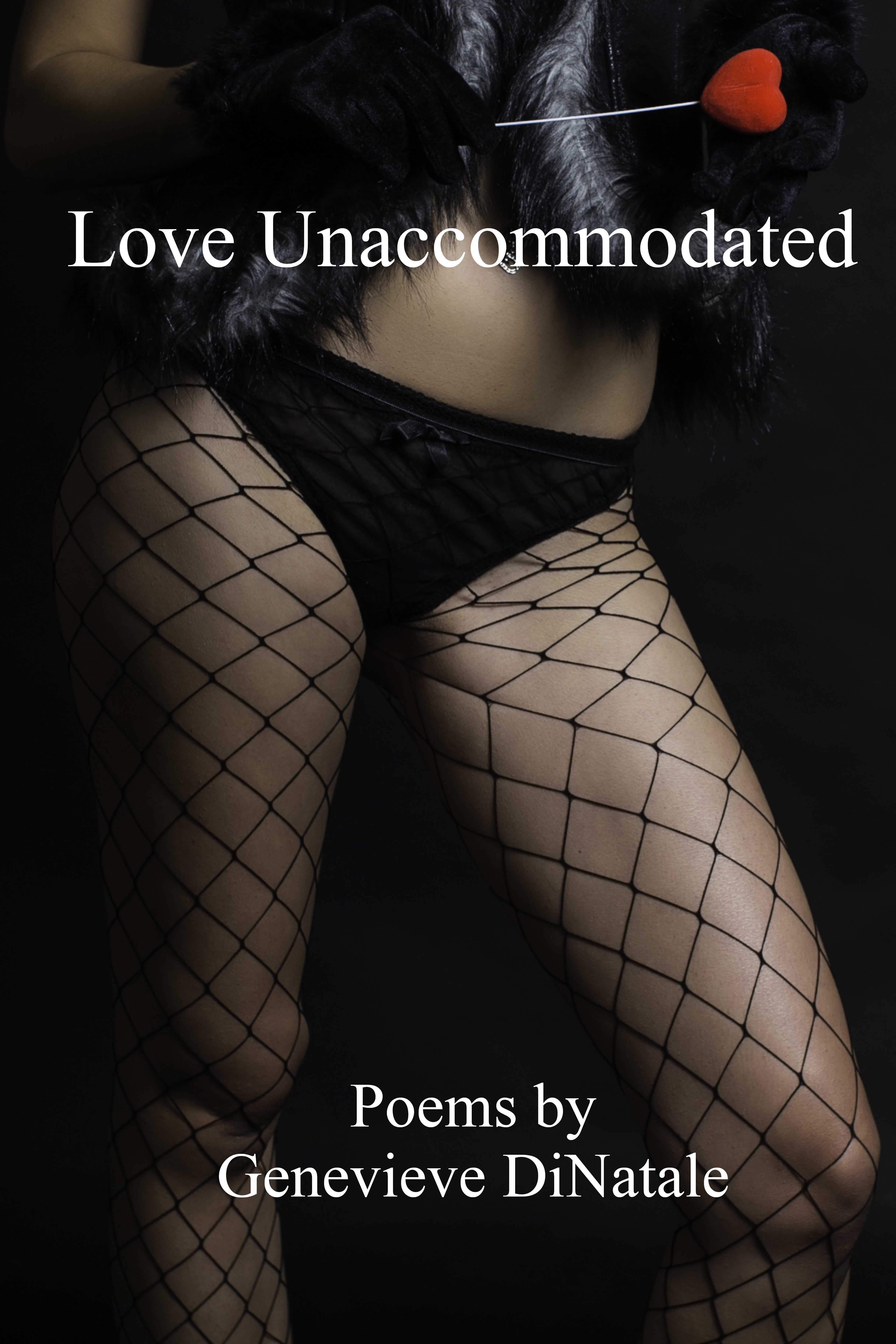 Love Unaccommodated is a book of raw, contemporary verse that explores the issues women face while seeking love in a world full of unrealistic expectations. For instance, poems like "The Indiscernible Fruit Of Your Desire" and "See You Later" touch upon the aftereffects that evolutionary biology has on men who are unable to allow their superegos to override their evolutionary drives. Meanwhile, other poems, such as "A Date With A Finnish Physicist" and "Rude Awakening" explore what it was like for the author to date men with ulterior motives. But it's not all about love lost, Love Unaccommodated also dives into contemporary issues that slice through the American fabric, such as mass shootings and abortion.

"Love Unaccommodated is one woman's unapologetic interrogation of the tropes of love. Genevieve DiNatale's poems are portraits of love imposed, demanded and denied. They ask us where our boundaries are and remind us that, when it comes down to it, 'Everything we are guilty of / Is skin.'"-Sherre Vernon, author of Green Ink Wings and The Name is Perilous.?

"Genevieve DiNatale's debut poetry collection explores her life and the people in it with a reflective thoughtfulness: 'Everything we are guilty of is skin,' she asserts. Observant and ironic, her poems show both a sensitivity to the natural world and an allegiance to the inner world. Effective imagery and surprising juxtapositions make these poems fun to read. Expect to hear more from her in the years to come."-Laurinda Lind, Winner, 2018 Keats-Shelley Prize for Adult Poetry and the 2018 New York State Fair poetry competition

"In Love Unaccommodated, Genevieve DiNatale enlists her reader in the work of sifting through the wreckage of post-postmodern life for evidence of the soul. In the current, seemingly unflagging proliferation of niches, schools, approaches, theories, and manifestoes-poetic and otherwise-this strikes me as one of the few responsible roles left for a poet. With her we attend to the barest deviation from, or sudden indulgence in, the rational and the arbitrary, the culturally determined and barest instinct. Also flashes of love, despair, cruelty, anger, regret, compassion. But her aim is more than, or at least other than, actions and emotions observed or depicted; it is the dignity they imply, they seek, and hope for, assert, question, defend, investigate, compromise, doubt, assault, taint, deny, refuse, then return for to reclaim and reconstruct. If, as these poems sometimes suggest, the soul we seek is an illusion or delusion, it nevertheless remains the delusion we live by. These poems dignify the living in which this delusion is embedded, and in this profound compassion I find some hope."- Justin Hardecker, poet based out of Albany, New York