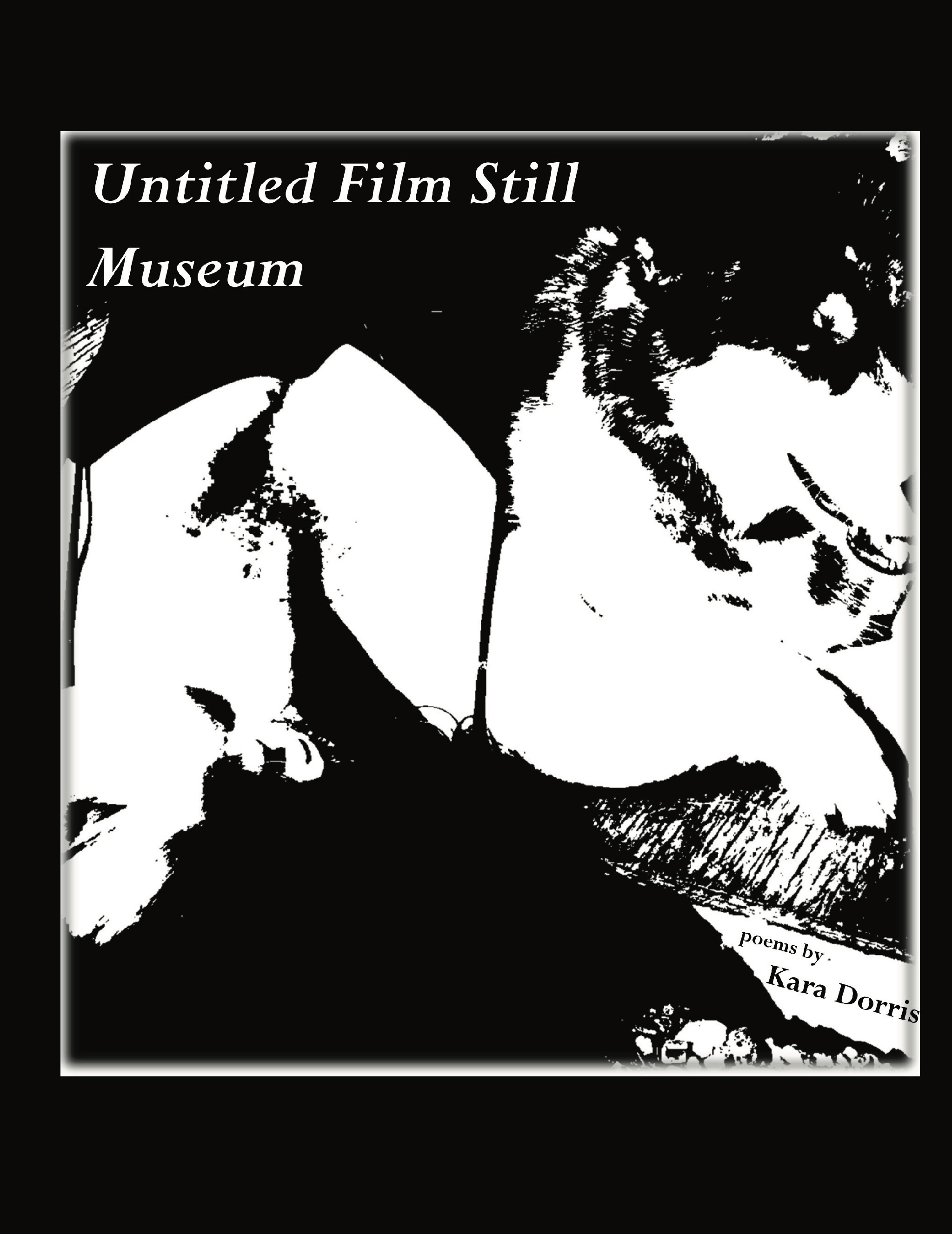 The stark poems of this collection show a world on edge, our perceptions warped and filtered by the violent flow of experience.

"In Kara Dorris's Untitled Film Still Museum, it's difficult to tell if the women are being captured, doing the capturing, or both at the same time, in doom-laden mini-scenes. Even though many of these film stills seem to involve a body in a dark space, like an aperture of abnormal irony the poems ask: 'What body would be content / with being just another in the dark?' I visualized many of the poems taking place inside hotel rooms within the museum. The focus within each hotel room is the bed and the body, even if the bed and the body live inside the mind. The keys to the doors seem to be locked inside the bodies. The bodies are the holes for the keys, the passwords are inside the girls and women. The keys unlock (or the key holes display) female bodies falling down, female bodies craving, female bodies trapped, female bodies as sex objects, as physical ornamentation for 'a nylon hose, a circle spun,' as toys to be played with in the dark. From room to room, with keys inside their bodies, are the women stuck inside this museum or are they choosing to play this game? Perhaps the Untitled Film Still Museum is a rabbit hole, filled with rooms, filled with bodies for various film scenes, each being filmed in one position, unable to move on to the next scene, posed on the real beds or the made up beds inside their minds or falling down deeper. 'When they say down the well, you think downfall /is the only way to tell a story.'"-Juliet Cook

"In Untitled Film Still Museum, Kara Dorris fuses dread and desire to great effect. Drawing inspiration from Angela Carter's retelling of Bluebeard, "The Bloody Chamber," and photographer Cindy Sherman's "Untitled Film Still" series, Dorris speaks to the complex and often contradictory interweaving of surrender and self-assertion, silence and defiant speech, that comes from butting up against limiting societal dictates. 'You see girls fall down, harder,' she writes-'All or nothing / pass or fail.' Speakers at times seem trapped in such binaries, '[c]ondemned to be saint & monster,' but there is resistance here too: 'That girls are born with mercy is a myth,' Dorris writes. 'I know this now.' The voices in these poems 'deny Death's Monopoly pieces,' rejecting the notion that women need be 'benediction machine[s]' or '[s]omething' for the Bluebeards of the world to 'break against.' They refuse to be 'heart-shaped vessels.'"-Catherine Kyle