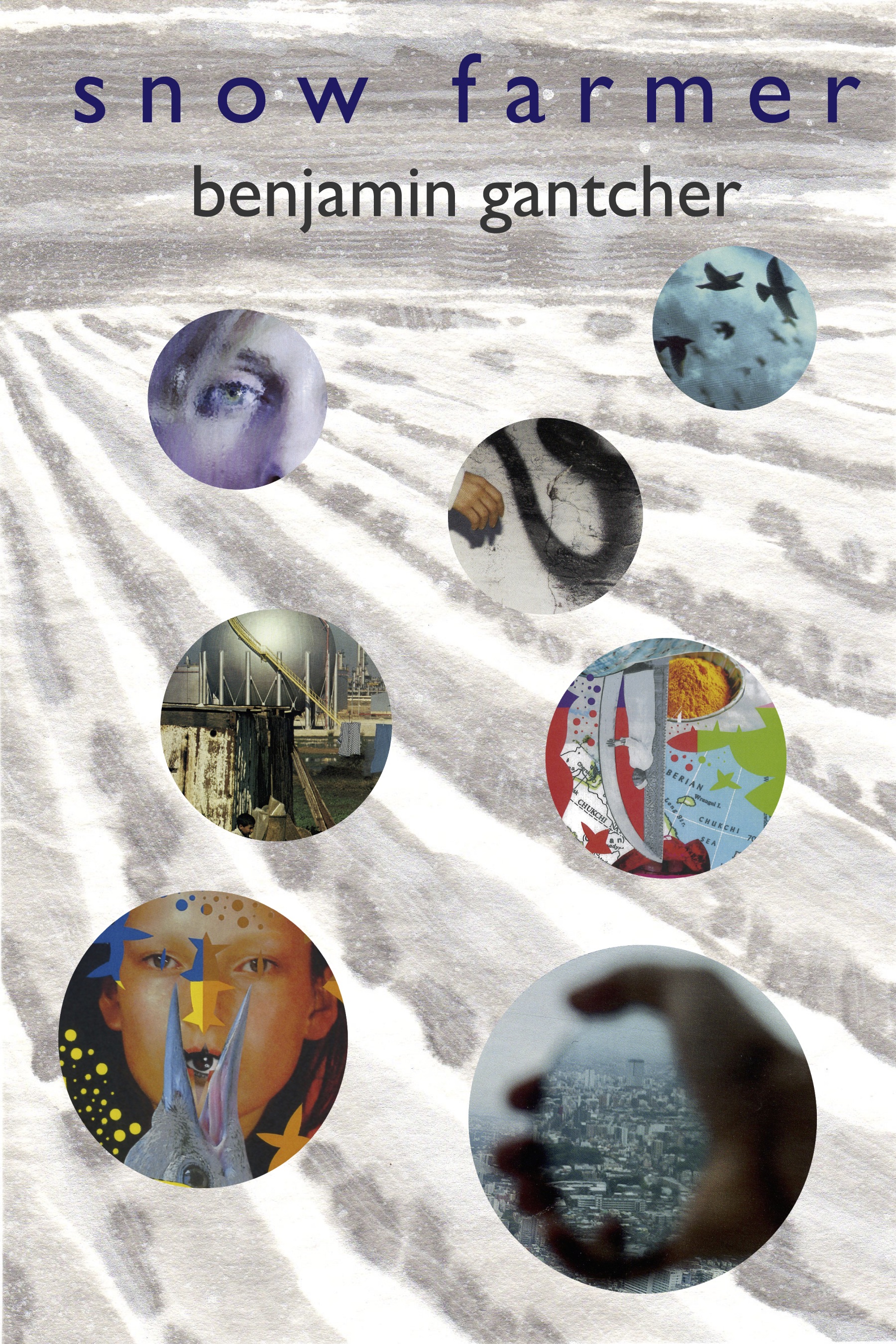 Snow Farmer is a free-wheeling, finely-tuned collection of reveries, valedictions and declarations of yes. With a musical ear, formal dexterity and the seriousest gravity, Gantcher develops a lyrical voice that will flood your crannies with the broth you need to fight the zombie infection.

"Like an Apollinaire from Brooklyn, Gantcher writes poems that are bombastic in their full-ahead slippery-ness and their love of the elaborate and the mundane. I gladly followed him through landscapes imaginary and municipal. His language will both welcome and astonish you. It is fluid and dreamy. It is perfectly of its time and place." -Matthew Rohrer

"In Gantcher's poems, words appear scrubbed of age and habit and exhaustion, as if they had only just been invented. Twisted together in unexpected ways, funny but not just funny, both caustic and beautiful, they wake you up and remind you how pleasurable it is to pay attention."-Larissa MacFarquhar

"I paused at the crest of the rise…/ in time to see… / the trails in the tall grasses spelling thirst," Benjamin Gantcher writes in Snow Farmer and these are thirsty poems: thirsty for the world, hungry for knowledge, for experience, for love; poems full of the wild beating of an 'insatiable heart [which] would break and spill and eat its chewed-up meat again.' Thoughtful, questioning, proclamatory, clever, ruthless, tender and meditative-this is a highly-assured debut whose poems come together to form, as Gantcher says elsewhere of others, 'an essential constellation.'"-Kate Angus