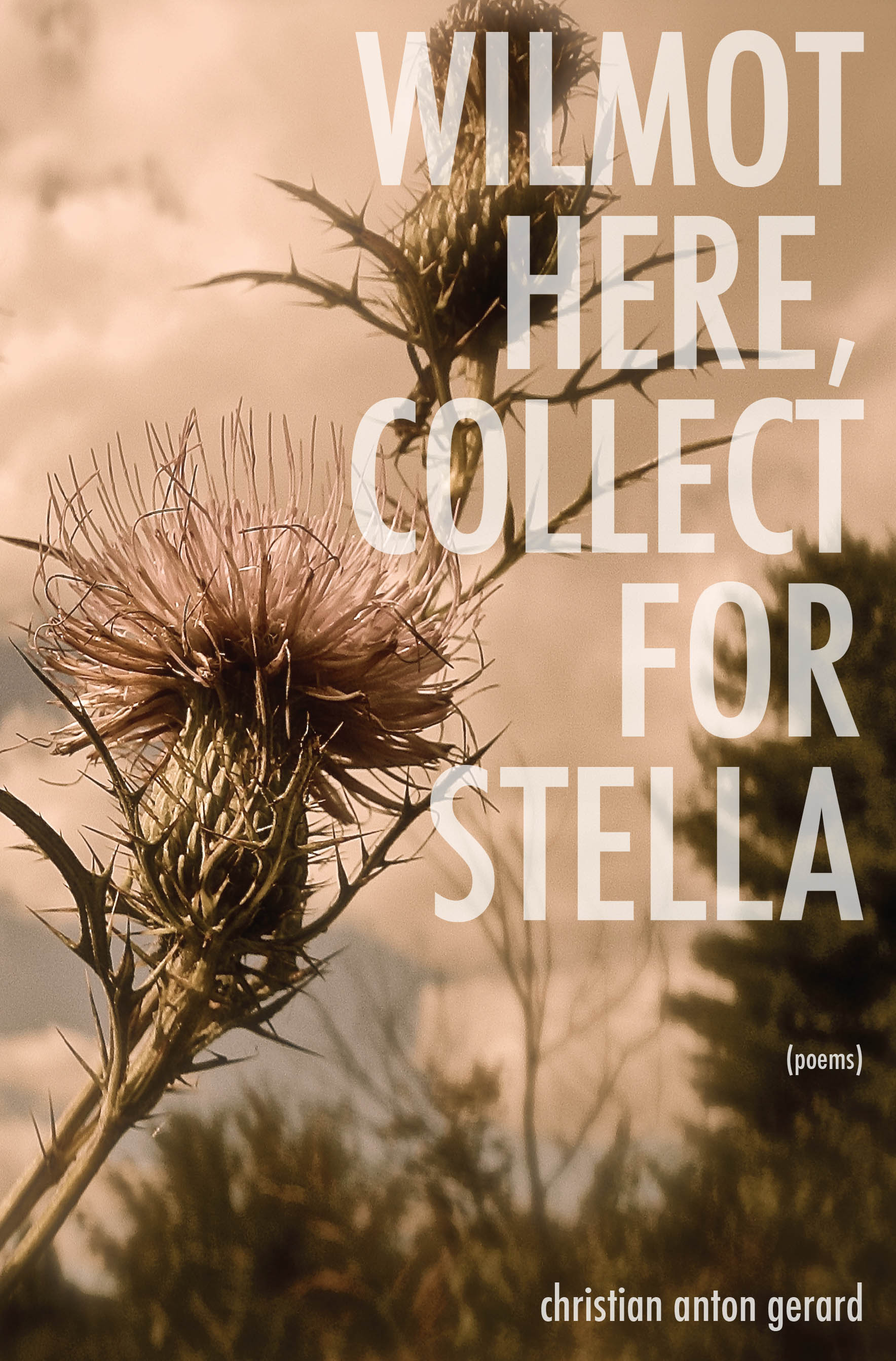 A duet that spans the years, Christian Anton Gerard's Wilmot Here, Collect for Stella brings all the joyous, bitter, and mundane moments of a lifetime spent together.

"Chronology be damned. Say the most notorious Libertine of Restoration England places a phone call to the reigning mistress of Petrarchan address a century earlier. Say she's his long-suffering wife. Does she accept the charges? You'd better hope so; you'll miss a whole world of exorbitant fun if she does not. These poems are as gorgeous a romp as wit and irreverence and masterful craft can make. A jazz musician's timing, imagination hungry as the ocean and, behind the alter egos and their buffetings, a mind of tempered kindness and a heart for grown-up love. This is a ravishing debut." - Linda Gregerson

"Funny, absurd, rollicking, whimsically allusive and sophisticated, Wilmot Here, Collect for Stella is a requited version of Astrophil & Stella and in its literary and cultural mash-ups and marital misprisons is something like The Honeymooners meets The Courtier." - Michael Collier

"Christian Anton Gerard's debut collection enacts the obsessive psychological scaffolding of Sidney's Astrophil & Stella-though not the sonnet sequence's form-in these slyly post-confessional lyrics that dramatize the troubled love of the personae Wilmot and Stella. Gerard's self-reflexive 'he said/she said' dialogic structure frames the bracing self-interrogations of Wilmot, haunted variously by his marital infidelity, paternal legacies, and vexing adolescence. Between Wilmot and Stella, and within Gerard's fraught and intimate poems, the 'Ghosts keep us moving.'" - Anna Journey

Christian Anton Gerard is the recipient of an Academy of American Poets Prize and multiple Pushcart Prize nominations. His work has appeared in journals such as Orion, Post Road, Smartish Pace, Iron Horse Literary Review, and elsewhere. Gerard lives with his wife, Lucy, and their son in Knoxville, where he is a doctoral candidate in English at the University of Tennessee.