Watchman, What of the Night?, Poems by W. Luther Jett 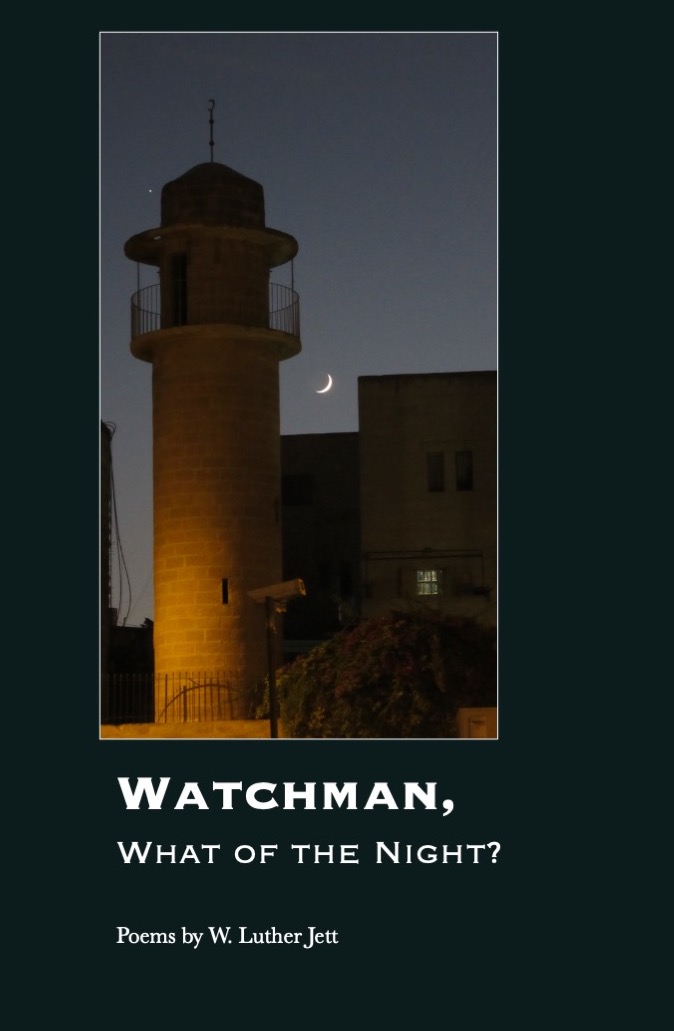 W. Luther Jett's newest collection, Watchman, What of the Night? bears witness to a world in turmoil, as tyrants rise with the warming seas, while entire generations are displaced by war and catastrophe. The poet asks, what centre can hold in this whirlwind night? Here are poems which speak of past calamities in order to hold up a lamp to pierce the present murk and fog in search of clarity. This book is an alarm-bell, a cry in the night, and above all else, a call to action.

"Anthropologist Margaret Mead believed that the only thing that has the power to change the world is a group of 'thoughtful, committed citizens.' W. Luther Jett, one poem at a time, aims to be part of such a group. A consummate poet of witness, Jett reminds us that even in a world beset by greyscale days and ashfall nights, we must not turn away. History is at our doors, with its 'broken songs, unfinished,/ waiting only to be written down.' And if we listen closely, perhaps we'll be able to hear something like hope-'the slow/ pulse of the oyamel fir/ in late winter drawing her sustenance/ from far beneath the stones.'"-Nancy Naomi Carlson, author of An Infusion of Violets; Associate Editor, Tupelo Press

"In his latest collection, Luther Jett is the poetic watchman observing our tumultuous times, raising the question, what of the night? What of the night, indeed. His central question is how to awaken us from 'the slumber of indifference.' To this end, Jett invokes the 'broken songs' of history as played out in the wounds sustained by so many national, political, and environmental losses. Along the way we are presented with truly horrific images - a man 'cutting holes in the sky,' or 'hoarse cries hauled from a black pit of pain.' Luther Jett's poems are not only well crafted, but considering our present global circumstances, they are necessary. Watchman covers the whole spectrum of issues presently facing us, including the environment, political prisoners, and a dehumanized world of 'cold machines.' Like an unholy prayer for an unholy time, Luther Jett fittingly concludes the work with a 'forever amen.' However, for Jett, prayer alone is not enough. He calls us to act as if an army of men without faces were already at our gates."-Henry E. Crawford, author of American Software and The Binary Planet