The Tower of Babel Tipped on Its Side Turns into a Tunnel of Love, Poems by Kimo RedeR 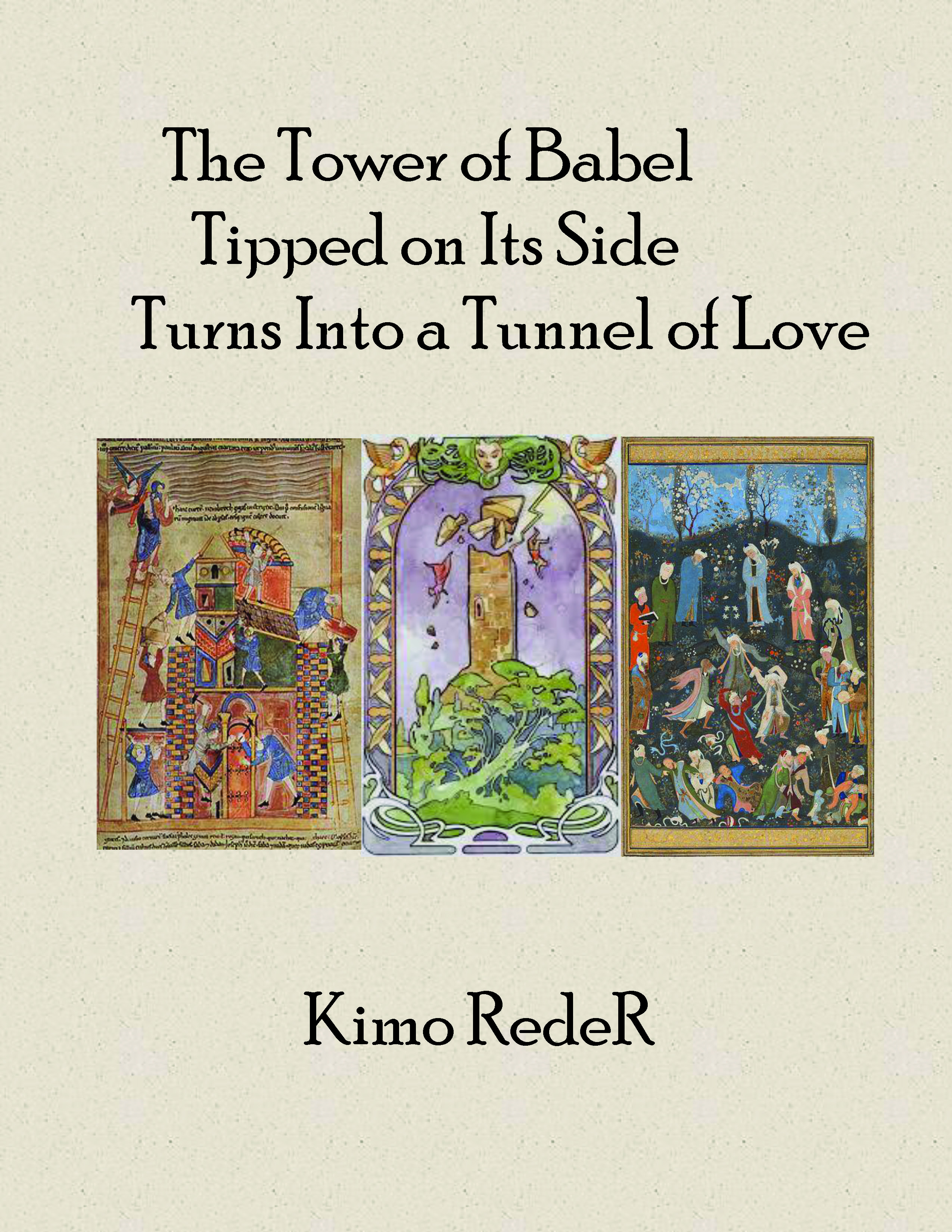 As its steeplechase of a title suggests, The Tower of Babel Tipped on Its Side Turns Into a Tunnel of Love is a book of oral and acoustic wordplay pressed to a precarious brink. These poetic experiments use alliteration, assonance, and related sound-devices to twist the tongue and tickle the eardrum while exploring matters of grammar, logic, and semantics.

The biblical story of the Tower of Babel and its scattering of a universal human language into separate, alien dialects is presented as a lamentable episode in the Book of Genesis. Conversely, this current volume’s more secular and optimistic account revels in the broad variety of vernaculars, jargons, and slangs that were set loose by that tower’s figurative toppling.

The Tower of Babel Tipped on Its Side … meditates on heady, rarefied linguistic issues but performs its inquests via frolicsome one-liners, punning aphorisms, overstuffed catalogues, and free-range haiku. These miniature treatises honor surface sonics and inner significance equally, and comically explore modern English’s mongrel vocabulary and its ever-exuberant willingness to pursue itself down trails of paradox and self-riddling.

Kimo RedeR is an Associate Professor of English at the City University of New York’s Borough of Manhattan campus. His previous writings have appeared in The Walt Whitman Quarterly Review, Christianity and Literature, The Wallace Stevens Journal, The Routledge Companion to Literature and Food and elsewhere.