The Novel, Poems by James Reiss 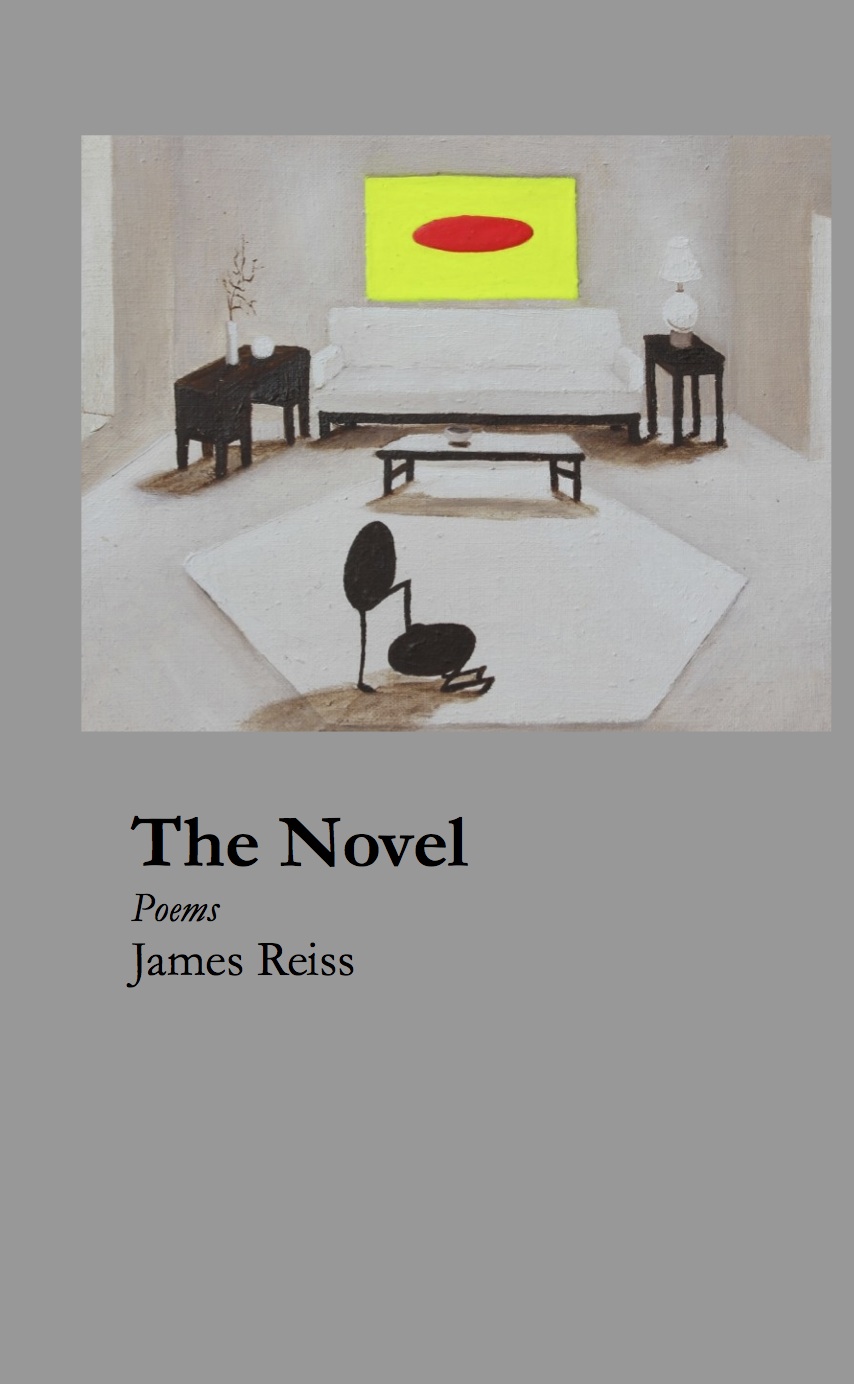 If James Reiss wants "to jostle a reader's heart / into snare drumming for bit / players on side streets," the poems in The Novel reach for rhythms right around the corner. Whether you're waiting for a bus or busing tables as a waiter, these poems' characters, their storylines, are part of an underground bestseller that will make you tap your feet and clap your hands.

"Reiss writes. . .in an accomplished plain style, with a momentum carrying whole poems along on the humming acceleration of a single sentence. [He] has the indispensable gift of rhythm."--The New York Times Book Review

"Although these poems do not make grand pronouncements they have as their source what Howard Nemerov called 'great primary human drama,' and they are always interesting and often moving."--The New Republic

"Reiss imagines himself into situations rich with the bitterness of loss or deprivation. [He] concludes on a positive note, however, that confirms the close attention [he] pays the world in even [his] darkest explorations."--Publishers Weekly

"The plain-spoken poet offers us many fine works here, many of these brief lyrics that immediately capture a sentiment, an idea, an odd moment in time. . . . [E]ven a casual conversational style does not come without hard labor. In these poems, the labor is of course invisible to us. We have only these jazzy lines: poems that are enjoyable and, in several instances, significant."--American Book Review

James Reiss grew up in New York City and northern New Jersey. For many years he was Professor of English at Miami University in Ohio, as well as Founding Editor of Miami University Press. He is the author of several collections of poetry, including The Breathers, Ten Thousand Good Mornings, and Riff on Six: New and Selected Poems, and the editor of Self-Interviews: James Dickey. His work has appeared in such places as The Atlantic, The New Yorker, and Slate. His surname rhymes with "peace." He lives near Chicago.